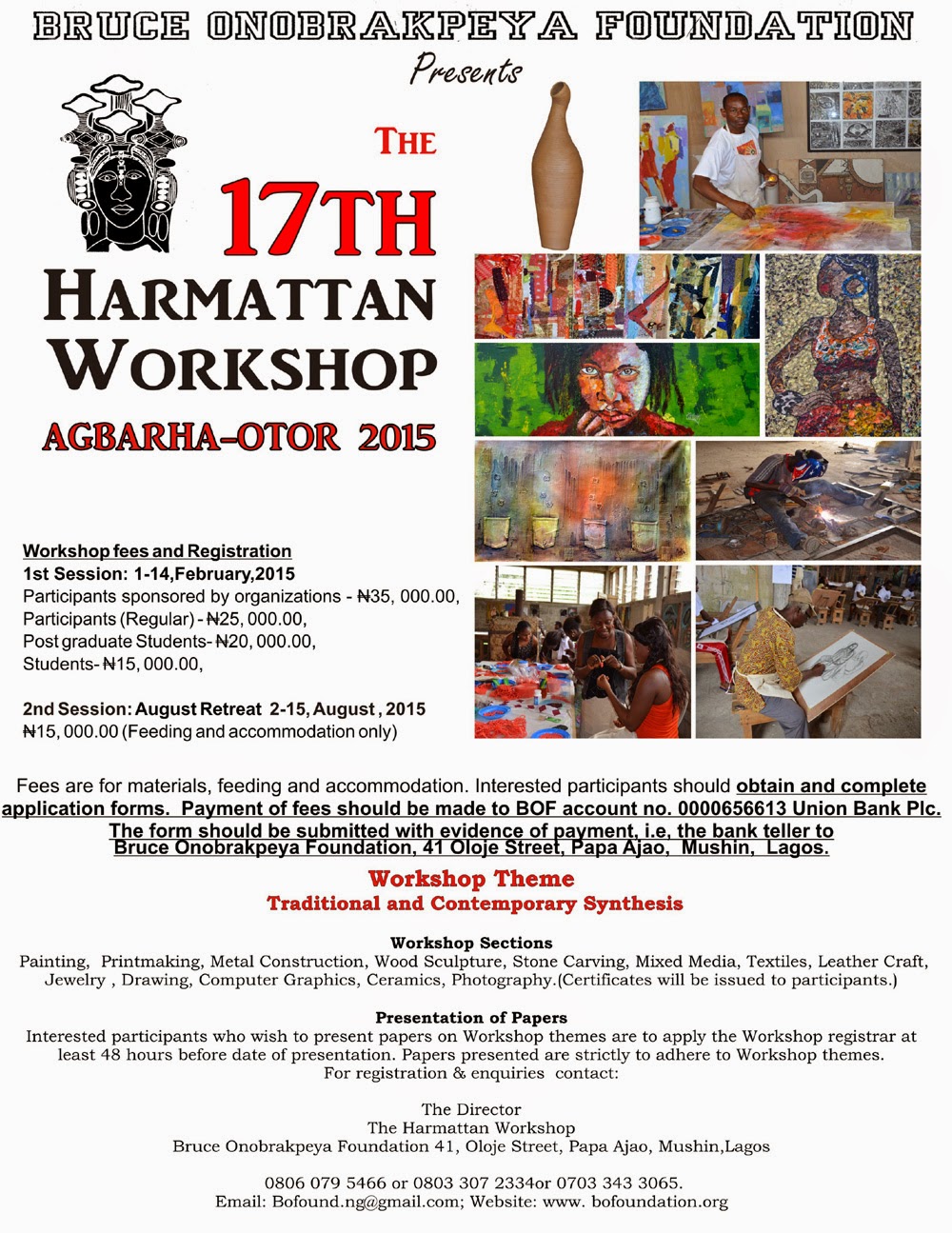 Posted by Bruce Onobrakpeya Foundation at 10:34 PM No comments: